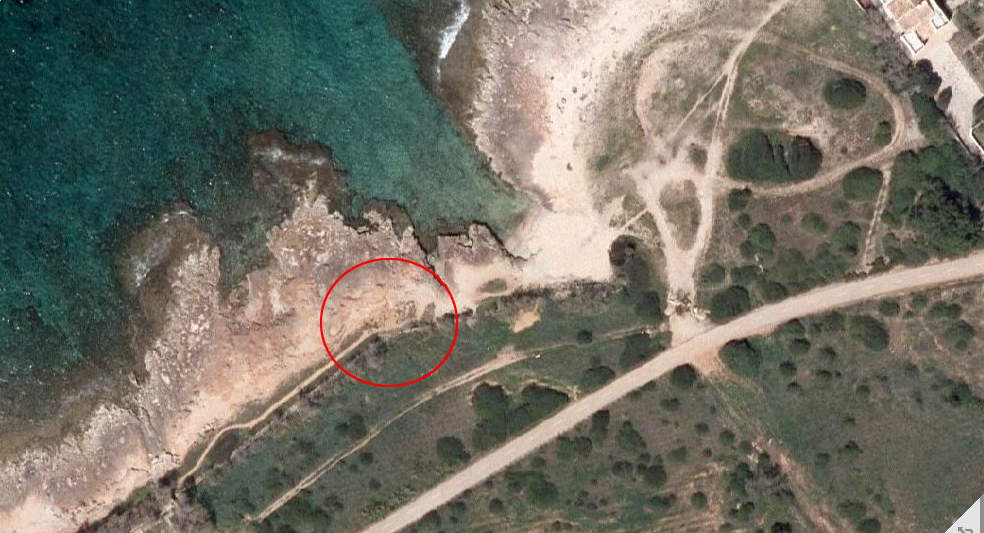 The navetiforme of s'Arenalet de Son Colom, on the coast of Colònia de Sant Pere (Artà) is the oldest known building in Mallorca. Its excavation in 2004 by the team headed by Damià Ramis and Josep Antoni Alcover, showed that the origins of Cyclopean architecture were older than had been previously thought.

The s'Arenalet building is made up of two drywall wall fragments arranged in parallel from north to south. They are of cyclopean technique, with a width of 1.5 meters and 5 meters long and delimit a room 4 meters wide. The preserved part corresponds to the central area of ​​the building. The extreme north has disappeared due to marine erosion and the extreme south due to crops.

Radiocarbon dating and incised bell-shaped ceramics allow this building to be dated to around 2,000 BC. The materials found, both ceramic and metal, and the typology of the building indicate that the first colonizers of Mallorca could have originated in the Midi region of France. Also, that this building belongs to the colonization stage, when its own culture had not yet developed, alien to the influences of the original culture. From the excavations it can be deduced that it was a dwelling building where metallurgical activities and also animal sacrifices were carried out. From the remains found we can say that the basis of the diet of the inhabitants of s'Arenalet were goats and mollusks, and to a lesser extent pigs and bovids. Curiously, fish was not part of their diet despite being so close to the sea.