Diversity characterizes Arta's landscape. Along the 25 kilometres coastline we find from tourist and residential population centres to wide beaches such as Sa Canova or big cliffs like Es Caló. The coastline goes from the large sandy beach of Sa Canova, limiting with the municipality of Santa Margalida, to Cala Torta, which limits with Capdepera. 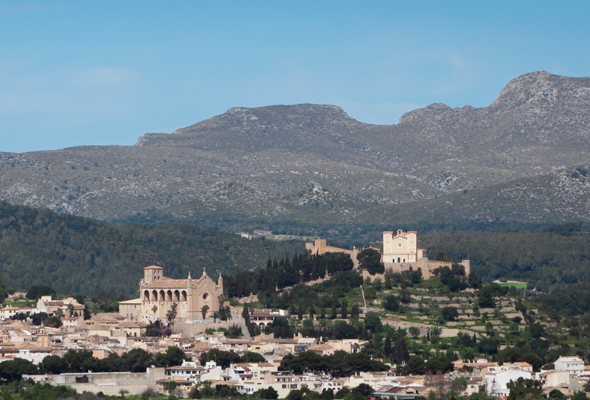 Cultivation is dominated by the valley where the town of Artà is found, surrounded by Artà's mountain range and open to the sea through the area of Canyamel. The main landscape of this area is made up of small properties closed with dry-stone walls. Here, cultivation par excellence are almond and fig trees. Artà is surrounded by the mountains of Artà, included in the Serra the Llevant, which draws its silhouette in the distance. This mountain range is dedicated to agriculture and cattle. We can still see hectares of olive trees, the main cultivation of the island's past. Garrigue is present along the mountain range, although we can also find small valleys or hills with valuable oak groves, the traditional forest of the island. But the main characters of Arta's mountain landscape are the large possessions, which draw an archetypal rural space from a past dominated by lords. 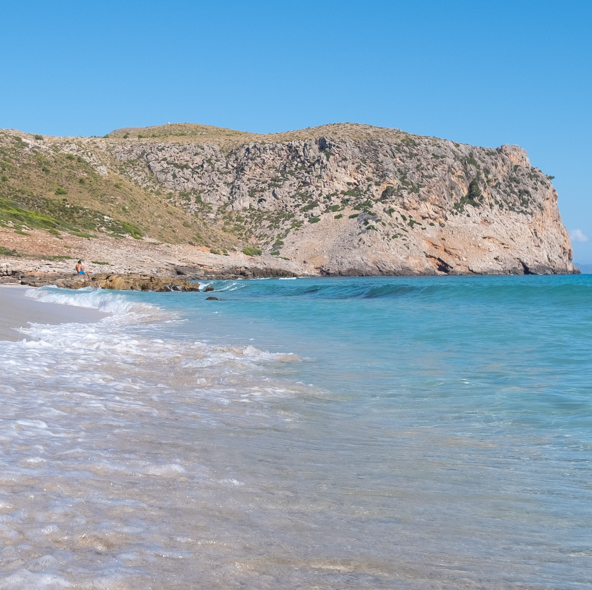 The Natural Park of Levant and the Natural Reserves of Ferrutx Cape and des Freu Cape are located on the north-eastern area of Mallorca, on the Northern area of the Serra de Llevant, and are included in the municipalities of Artà and Capdepera.

The acquisition by the Balearic government of the estates of Albarca and Es Verger in 1999 was the inspiration idea for creating the park and the capes that were subsequently declared Natural Park through the Decree 127/2001. Furthermore, this place is located in a Special Protection Area for Wild Birds (SPA) and is a Site of Community Interest (SIC) according to the EU rules on birds and habitats. Whereas, its part of the Balearic contribution proposal to become part of the ecological network Natura 2000 of the European Union.

An extension of 1.671 hectares, of which 1.658 are public estates: Albarca, Es Verger and Alqueria Vella, and 13 hectares are part of the Natural Reserve of Cap des Freu. Therefore, the park occupies a good part of the eastern peninsula of the island. The environment is variable: high mountains, wild beaches (Arenalet des Verger, Arenalet d'Albarca, etc.) and cliffs. The vegetation and fauna are also varied. Regarding the vegetation, we can find oak and pine woods, as well as traditional Mallorcan garrigue. Besides the species of different reintroduction projects like the kite or reproduction projects like the Mediterranean tortoise, we can find birds like the fishing eagle or the traditional cattle of the Mallorcan possessios like goats, sheep, cows and oxen in the public estates that are part of the park.

Finally, it is worth highlighting that along the park we find some refuges like the houses of Albarca, Arenalet or the house of the Oguers and different routes and activities to improve the knowledge about the entire Natural Park of Levant. 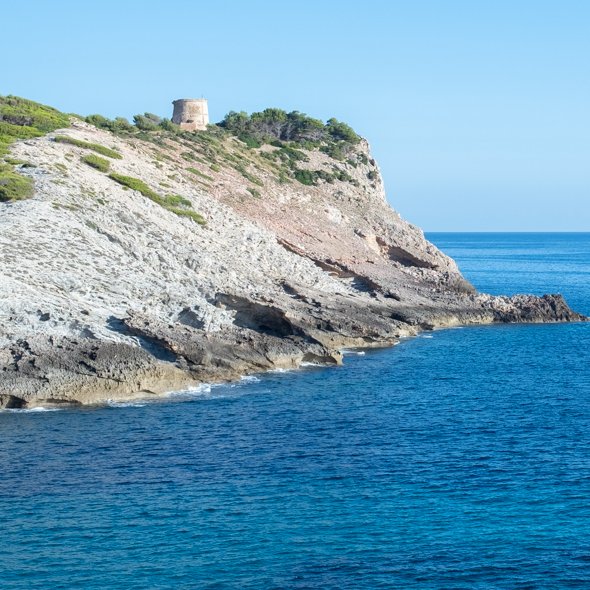 In 2007, the Balearic government approved through a decree the creation of the Marine Reserve of the Levant of Mallorca, located on the north-eastern area of the island, between Mata Cove and Des Freu Cape.

This marine area was selected for featuring a large diversity of habitats, benthos and fish. Up until today, we can find 32 communities, most of them in good preservation state. More than 900 species have been counted, mainly algae, fish and molluscs. It is worth highlighting the colonies of Posidonia growing on its sea bottom, a true centre for biodiversity concentration. The coral bottoms and the submarine caves of Cap des Freu (des Freu Cape) are dominated by communities of sponges, bryozoa and cnidaria, which make up one of the more interesting and singular fauna system of the island.

In total it has an approximated surface of 5,900 marine hectares, from which 190 were declared Special Protection Area (SPA) or Integral Reserve.

It is worth noting that the Ministry of Agriculture, Fishing and Foodstuffs declared the waters surrounding this area as a Marine Reserve of fishing interest in 2007. 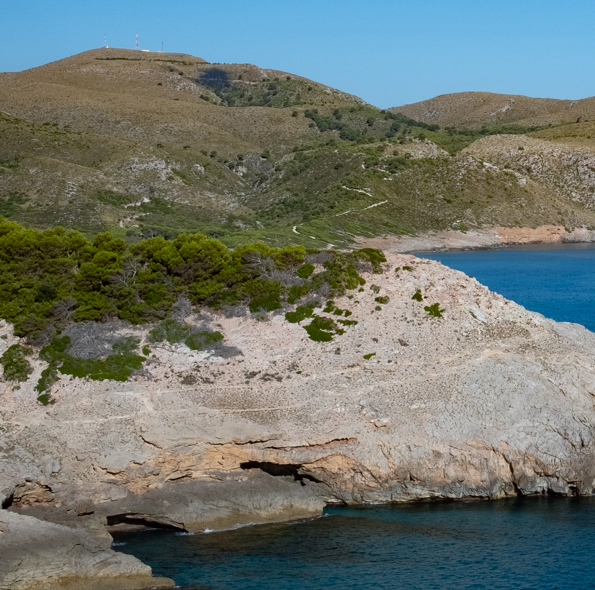 Artà features 25 kilometres of unspoiled coast. Their support for a sustainable touristic model has helped to preserve it in its natural state. Therefore, we can still enjoy these wild and beautiful beaches in their natural state.

Download the app SocorristaIB by SOCIB on your mobile phone Android or iOS to know the sea conditions. 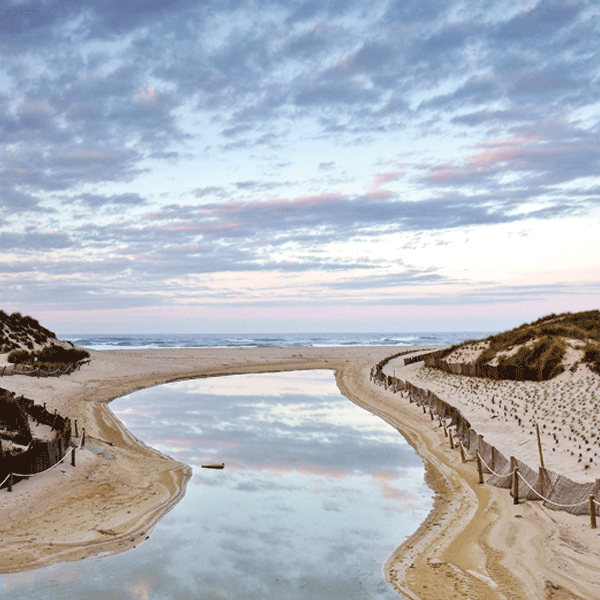 A dune ecosystem is very important in the island due to the large extension of coast it occupies. Dunes are sand depositions derived from strong winds and are characterized as being a fragile ecosystem. Their weak vegetation covers and fixes them to the ground. It is important to respect the indications recommended in these places as it is a way of protecting and preserving them. This particular dune system extends behind the beach of Sa Canova, located between the urbanization of s'Estanyol and Son Serra de Marina. The mentioned dunes go up to two kilometres inland and host a rich flora like sea lilies, dyers' bugloss, reed and a dense pine forest. The dune system of Sa Canova was declared Natural Area of Special Interest for its captivating landscape and natural richness. It is a must see for the visitor. 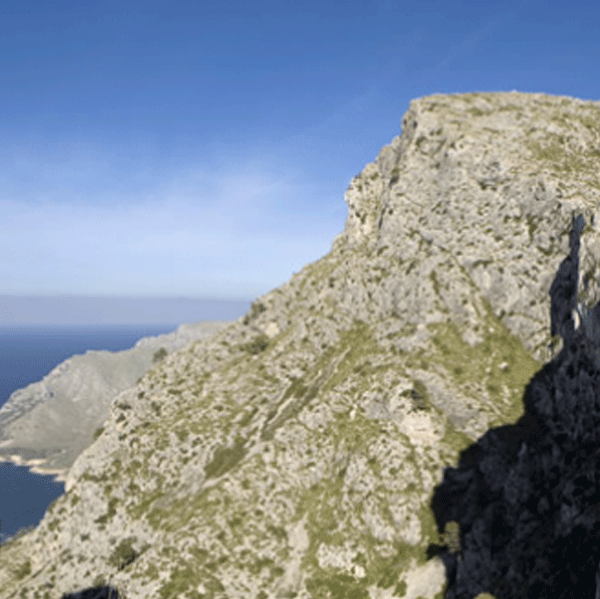 Sa Canova or Areny de Sa Canova is a large, wild, beautiful, fine sand beach of 150 metres between Punta de sa Barraca (Artà) and na Borges Torrent (Santa Margalida) with a striking dune system behind. This dune system together with na Borges Torrent, Estany del Bisbe and numerous archeological sites found in the area made possible to declare it Natural Area of Special Interest in 1991.

To get to the beach we must drive to Colònia de Sant Pere. A hundred meters before arriving to the centre we take a small deviation road to S'Estanyol urbanization. At the end of this urbanization we can park and continue our way by foot, crossing a small torrent and walking around 300 metres through a way leading to the beach. 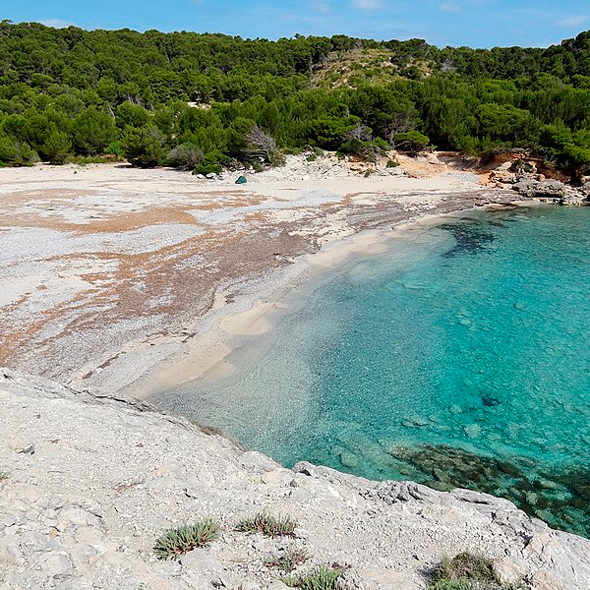 This wild beach, dominated by the imposing tower known as Albarca or Matzoc, is located 10 kilometres away from Artà.

The defence tower, dated from the 17th century, guarded the British island of Menorca and still preserves its cannon. Originally, it was called San Fernando Tower. Es Matzoc combines fine sand and stones. It is orientated to the East, between Albarca Tower and Cala Dentola. It is seaworthy, with sand bottom and seaweed penetrating in diagonal fringes. Its shore declines towards the sea and is covered with fossil dunes in some parts. We find dense pine forests that stretch down to the beach, where two torrents merge excavating a canal as they run into the sea. The bed of the main torrent is flat, like an avenue. Along its banks palm trees and alics --Vitex Agnuscastus-- grow. We can also find some example of the endemic plant Pastinaca Lucida. We get here by foot and the shortest way is made through the area of sa Duaia, departing from Cala Estreta to take the old route of Carabiners (coast guards) that arrives to Es Matzoc.