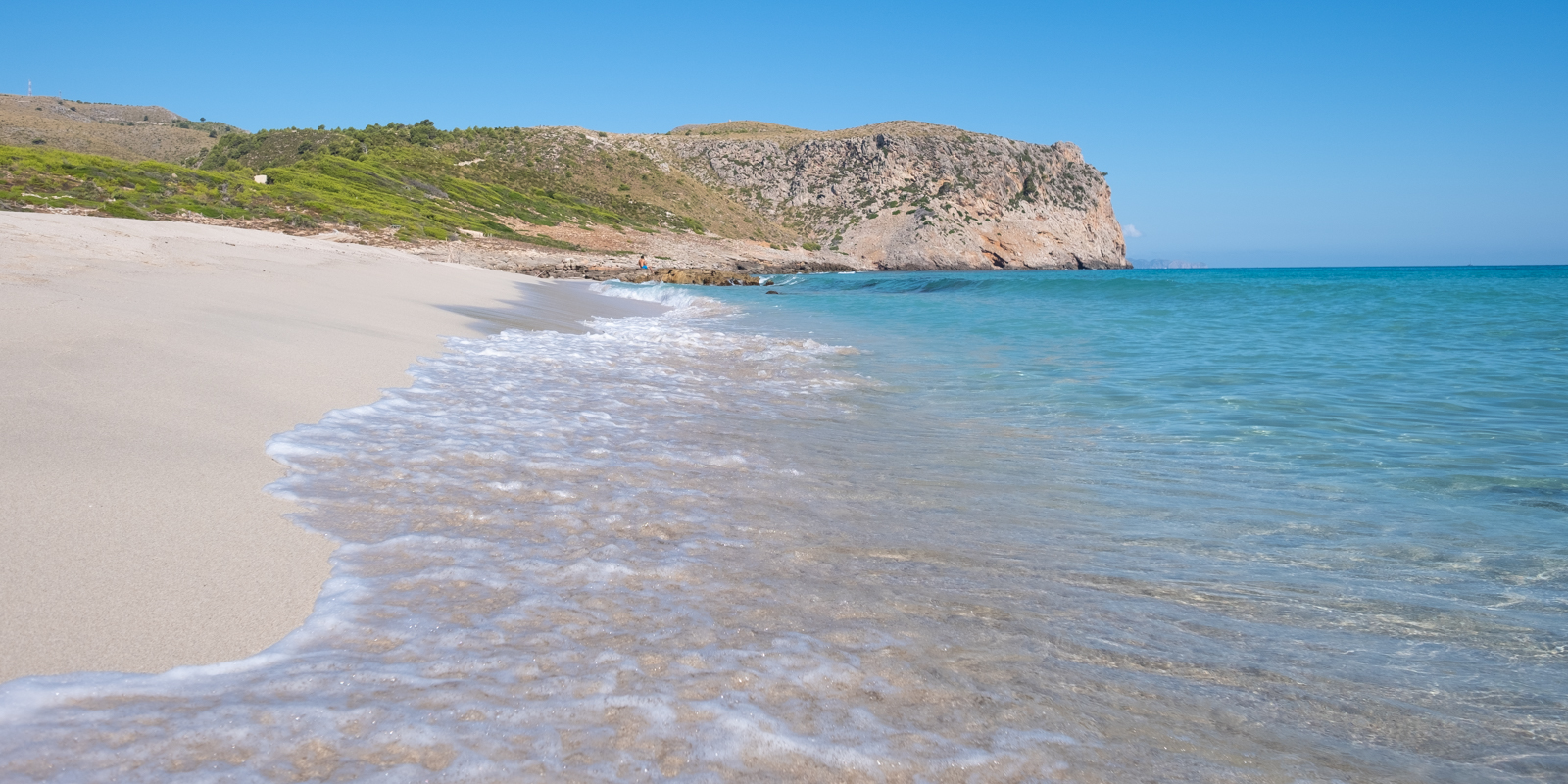 The acquirement of the estates of Albarca and Es Verger by the Balearic Islands Government in 1999 was the initial action for the later creation of the Natural Park of the Eastern Peninsula and the Natural Reserves of Cap Ferrutx and Cap des Freu. There were declared Natural Park through the Decree 127/2001.

An extension of 1,671 hectares, from which 1658 are in the public estates of Albarca, Es Verger and Alqueria Vella. Other 13 hectares are in the Natural Reserve of Cap des Freu. Therefore, the park occupies a good part of the Eastern Peninsula. The environment is variable: high mountains, wild beaches (Arenalet des Verger, Arenalet d'Albarca, etc.) and cliffs.

The vegetation and fauna are also varied. Regarding the vegetation, we can find oak and pine forests, as well as the traditional Mallorcan garrigue. Regarding the fauna, we find species resulting from reintroduction projects like the kite or reproduction projects like the Mediterranean tortoise. We will also find birds like the fishing eagle or the traditional cattle of the Mallorcan possessió like goats, sheep, cows and oxen in the public estates that are part of the park. The Natural Park also hosts heritage: two impressive Mallorcan possessions. Es Verger, which dates from the 13th century, was built when the Catalan occupied the island. These possessió houses are structured as an individual block with different premises scattered around the property.

The habitable area has different farming premises attached and a porch for a cart with a doorway of segmental arch and a barrel vault roof. The main building follows the austere style of these kinds of edifications. A two storey building with lintels on its portal and first floor windows. The face of the facade is of stone mortar with ashlars on its corners. A gable roof and Arab tiles keep the house protected, while inside we can observe the traditional beam and reed roof. The houses of Albarca are characterized by their peculiar disposition and other special elements. Dated a short time after the Catalan conquest, the houses are organized in line and are structured in two floors and two bays. The house of the amos -farmhouse tenants- and senyors –landlords-- are separated by a small lane closed with two basket-handle arches.

The exterior elements differentiating both buildings are the apertures. The windows of the senyors are framed with marés --Mallorcan sandstone. The house of the amos is the less modified, it preserves the old floor and the reed inside and its windows are framed with lime strips. Attached to the houses we find an oil mill, a granary, a hay loft, a feeding trough and a woodshed. One of the curious elements of the house is the rainwater harvesting and storage system. The water is collected from a tankard, placed on the back of the house of the amos, and then deposited in a neighbouring Arab cistern that opens into three parapets. Finally, it is worth highlighting that we can also find some refuges in the Natural Park like the houses of Albarca, Arenalet or the house of the Oguers and different routes and activities to get to know completely the Natural Park of Levant.