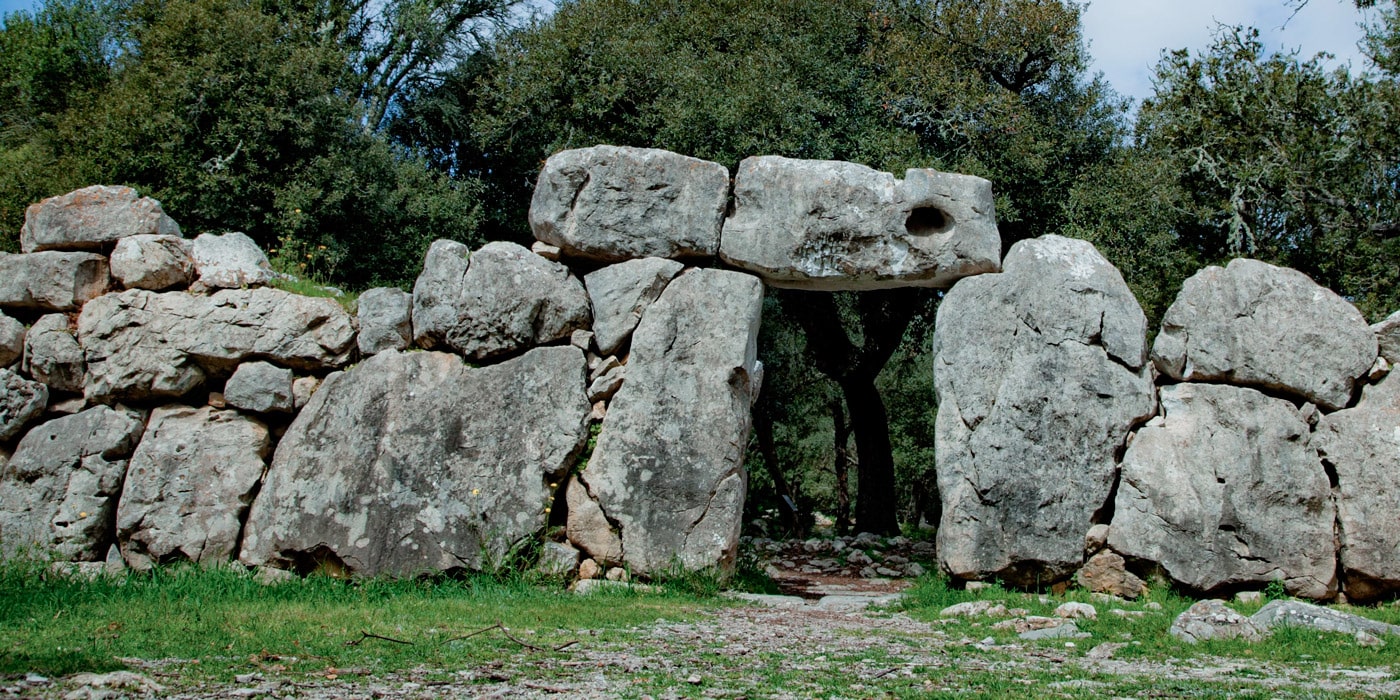 The Talayotic village of Ses Paisses is one of the largest and best preserved prehistoric settlements in the island. The walled perimeter and the internal structures are in a remarkably good state. Many wonders are yet to be found here!

The village has an elliptical shape. It encompasses 13.500 square meters and its walled perimeter is 374 meters long. The site was declared a Historical and Artistic Monument in 1946. The first excavations were carried out by Italian archeologist Giovanne Lilliu. He tried to link prehistoric Balearic structures to those discovered in Sardinia.

He focused on the village central area, the Talayot and all the attached structures. Highlights in this area are the hypostile and the horseshoe-shaped room, among others. Excavation works were resumed 30 years later.

The foundation of the settlement is dated circa 850 BC. It is believed that the village was built around the central Talayot. Probably, the walled perimeter dates back to circa 650-540 BC.

This settlement decayed under Roman rule. We must highlight the impressive doorway and the monolith placed in front of it. Great Mallorcan poet Costa i Llobera was inspired by Ses Paisses to write the poem "La deixa del geni grec" (1900).