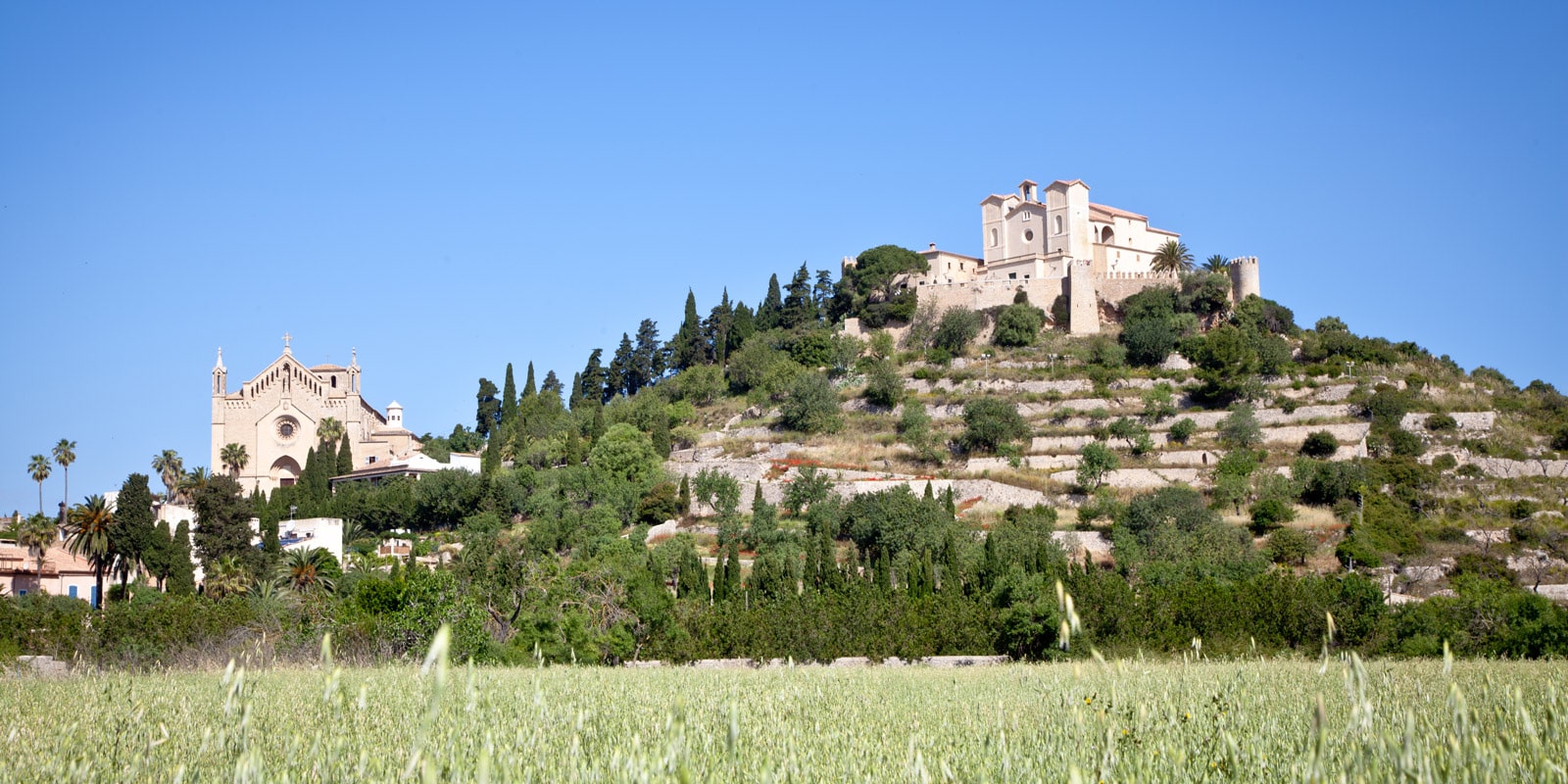 Sant Salvador stands as an iconic building in Artá. It is located on a small hill overlooking the entire village. Highlights are the walled perimeter, the sanctuary and the rooms of Es Donat.

Its privileged location gave strategic importance to the whole complex since ancient times. First accounts on the location refer to a Muslim citadel known as Almudaina.

This citadel also hosted a mosque which Jaume I transformed into a Christian temple after the Catalan conquest. The walled perimeter draws a 93 by 24 meters ellipse. The main tower standing out from the walled precinct is dedicated to Sant Miquel. The walls have seen extensive refurbishment, being initially rebuilt during the 16th century to protect the citizens from pirate raids. The whole complex was restored in 1967 by the Society of Friends of the Castles. This last project included the construction of a new tower and battlements all sround the perimeter.

The current sanctuary was built in 1825 and blessed in 1832. The two towers flanking the building were finished towards the end of the 19th century. It is of Renaissance style, featuring a Latin cross plan with no apse and a barrel vaulted ceiling. The dome’s fresco is a work by the painter Salvador Torres. It was finished in 1892 and represents the Holy Glory. Once inside the building, we find a Romanesque carving representing the Virgin of Sant Salvador. This sculpture was originally preserved in Bellpuig monastery. The virgin of Saint Salvador is the patron saint of Artà since 1922. The old church was burnt after being used as a pest house during the 1820 outbreak. Besides, we must highlight the building dated from the 16th century for Es Donat, the person in charge of the maintenance of the whole complex.

Its actual appearance is consequence of the restoration made on 1971. Sant Salvador is a two storey building, where a round arch portal, with marés --Mallorcan sandstone-- voussoirs and sprandel, marks the facade axis of symmetry. It is flanked by two lintel windows with an iron enclosure. But, the most remarkable element of this building is found on the first floor of the facade. It is a Renaissance window framed by two attached columns that support an ornamented architrave with geometric vegetal motifs. The total renewal boosts its soaring splendour.