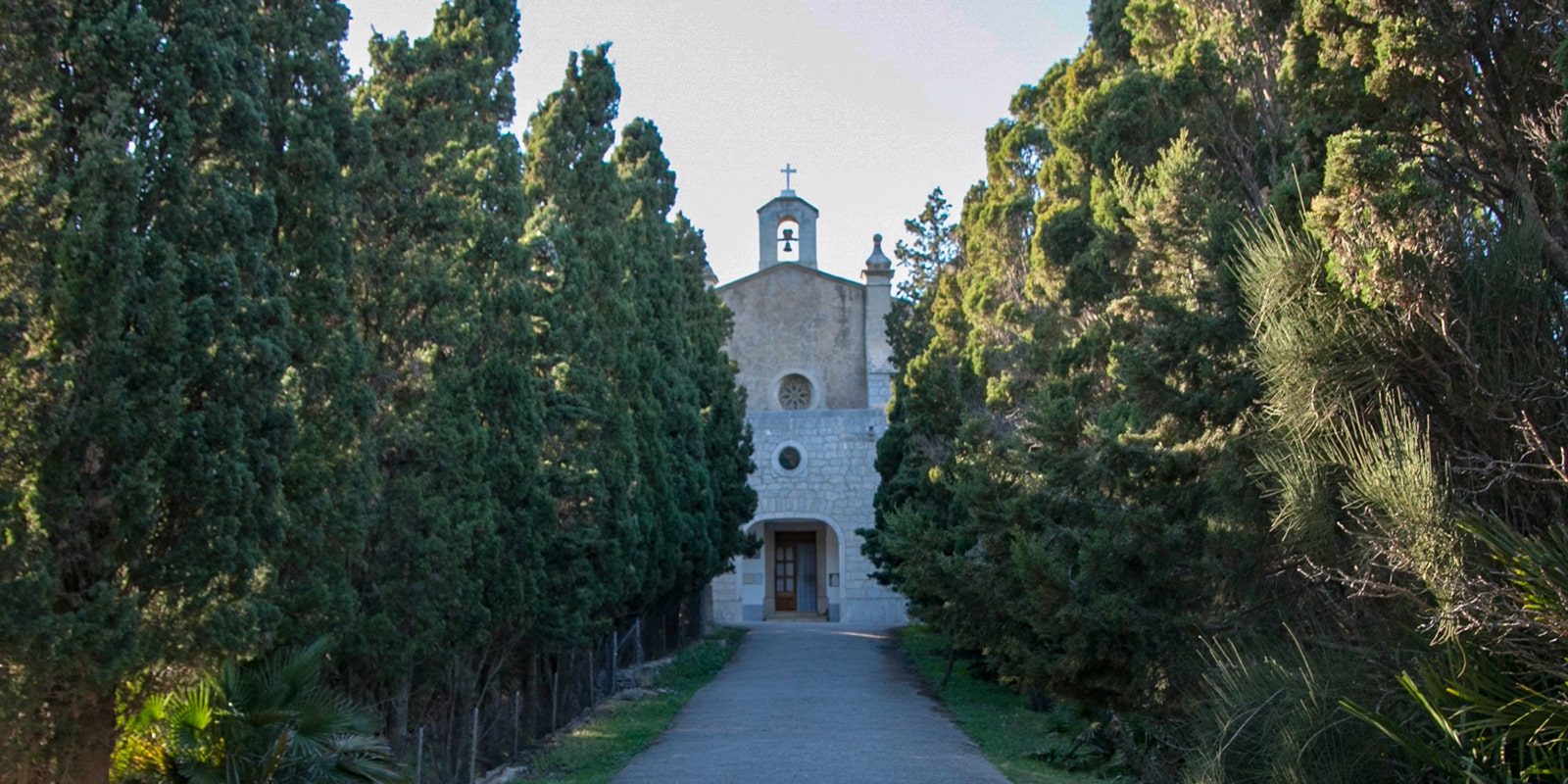 The Hermitage of Betlem is located in Arta’s mountains. These are the lands of the ancient Muslim farmhouse of Binialgorfa. The hermitage was founded in 1805 by the hermits of Saint Honoratus of Randa and the Holy Trinity of Valldemossa. The lands were granted to the hermit community by Jaume Morei.

The site contained an ancient war tower and a flour mill and it was inaugurated on May the 10th, 1818. The complex was enlarged with cells, kitchen and other dependencies during the 20th century. The church, built by Joan Rosselló and blessed in 1824, is one of the highlights of the site. We access the complex by means of a path flanked by tall cypresses. The church is a modest building. Its facade encompasses a solar clock, a small window and a rose window.

Once in the interior, we will enjoy a fresco featuring the coronation of the Virgin and Manuel Bayeu’s seven scenes on the life of Jesus. We find the remains of ancient orchards and other structures surrounding the complex. These devices allowed the self-sufficiency of the religious community. Do not miss the nearby Na Bernardeta fountain, which supplied with water the Hermitage, and the remains of the ancient water mill, dated from the 19th century found 50 metres away from the complex.